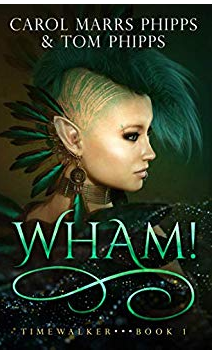 There are several indie books that really stand out, and one of them is Wham! by Carol Marrs Phipps and Tom Phipps. If you like a healthy mix of dystopia and fantasy, then Wham! is definitely for you. The story is captivating from page 1, remaining fast-paced throughout the book, making it hard to put down.

What is Wham! About?

Without giving away any spoilers I will give you a brief synopsis and then continue with my review and opinion.

Wham! is the first book in the Timewalker series. Somewhere in the future, the World Alliance has removed power from all governments, and they now rule the world from the Capitol. Families go about their daily lives, unconcerned about the Alliance’s rise and promises. Life also went on for the Greenwood family.

In time, laws were changed, individual, racial, and cultural identity were no longer allowed, in order to create a harmonious world community, all “for the greater good”. Freedom came next. No longer were people allowed to move around freely. Skinwelers, crystal spy balls, were ordered for each room in the household, to watch people’s every move, again, “for the greater good”. The Greenwoods and many other families accepted these new measures.

Then, family farms and land were taken away, and their homeless owners were transported to the barracks of Gollsport. They claimed that the countryside was unhealthy and the food was ridden with chemicals. Everything was done to ensure the citizens’ health and safety.

To keep her promise, she would have to become a timewalker.

I was intrigued by the book cover and the combination of dystopia and fantasy. The cover is beautifully done, revealing many elements of the story without having read it. Look at the photo of the cover (see above). Can you see the woman’s elf ears? Fantasy plays a big part in this novel; elves, fairies, trolls, and wizards against the backdrop of a dystopian setting. I love fairies and elves. How much better could it get?

The story pulls you in right away with an action scene. As events unfold you get to know the many fascinating characters, such as Tess, who is brave and resilient; her sister Niah who must demonstrate surprising strength under challenging circumstances; Maxi, the troll – my personal favorite – the fairies, and even the evil Potentate who rules this dark society .

Tess is definitely the main character, but as the story continues, we also get a glimpse into Niah’s changed life, and I found her story just as engaging and intense as Tess’ s. Both sisters face harsh circumstances, show incredible endurance, and they must do what it takes to stay alive. 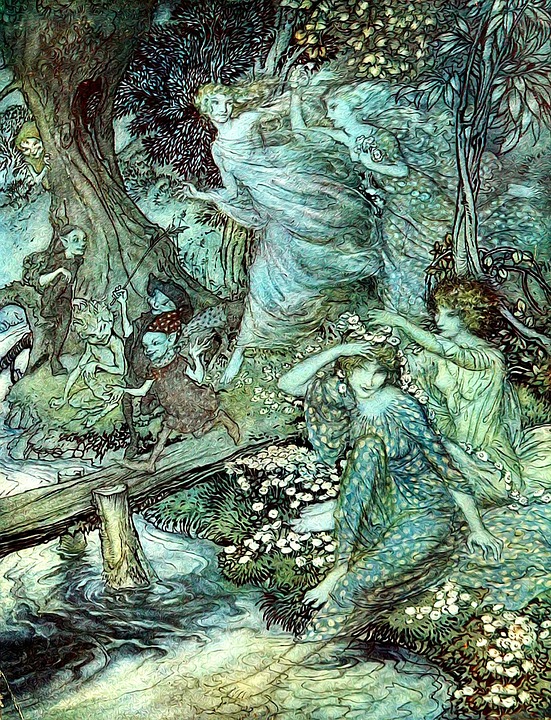 I do not read many dystopian novels, but I love fairies and magic. The authors even made up a language for the fairies and trolls, which I found impressive. I love languages, and an invented language with its own grammar and spelling is definitely worthy of respect. I’m sure it takes a lot of time, effort, and enthusiasm to put this language together.

What I loved about this book was that not only the main but also side characters are intriguing. Maxi the Troll, the Crow people, the elves, and the fairies. Even the Potentate, the antagonist, shows some traits that are not entirely evil, but make this character human. For me, an antagonist that has nothing but malice is not always believable. Every character has its flaws and virtues. A perfect main character is as unconvincing as an antagonist bursting with evil. The authors have skillfully avoided that and they show their fantasy characters in a very human light.

The plot moves fast, and the description of the fairies and their world makes me want to read more of the authors’ works. I will definitely have a look at their other books and series!

I finished this page turner in two days, I had to know what was going to happen to Tess and Niah. The story ends 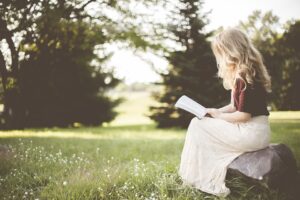 with a cliffhanger. I prefer books with no cliffhangers, because I don’t like to wait for the sequel. That’s a personal opinion though, we all like different things. Many people love cliffhangers.

The good news is that Then, book 2 in the Timewalker series, is already out, and it promises to be just as good as Wham!. I must know how it will all turn out for Tess, Niah, their family, and friends.

Best Place to Buy This Book?

Amazon and Goodreads are great places to purchase Wham! It is available in Kindle, paperback, and also as audiobook. 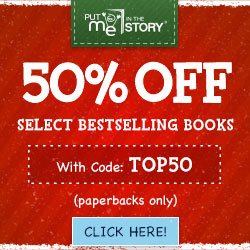