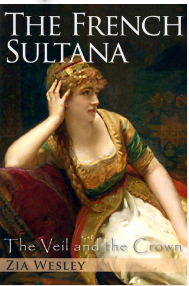 This is the second and final part of the Veil and the Crown series by Zia Wesley, the incredible saga of Aimée du Buc de Rivery, a French heiress who was abducted by pirates and sold into a harem. As incredible as that sounds, this is based on a true story. Aimée existed, she lived in the 18th and 19th century, and she was also a cousin of the famous Josephine, Napoleon’s first wife.

To find out more about Aimée’s journey which brought her to the Sultan’s harem in the Ottoman Empire, please read part 1, The Stolen Girl. You will not regret it. The Stolen Girl is a page turner and I recommend it highly.

Part 2, The French Sultana, didn’t let down either. I was hooked from the first pages, and I was pleased to see that Josephine’s story was more present in this installment, as I hoped it would be.

Aimée is now called Nakshidil, which means “embroidered upon the heart”, and she is Sultan’s Abdul Hamid’s consort. She has learned the Turkish language and embraced her new life. Abdul treats her well, the Circassia Valide who is in charge of the harem is her close friend and confidante. Nakshidil earns trust and respect in the palace and love from the ones she is close to. When she gives birth to the sultan’s son (Mahmud), her happiness seems complete. 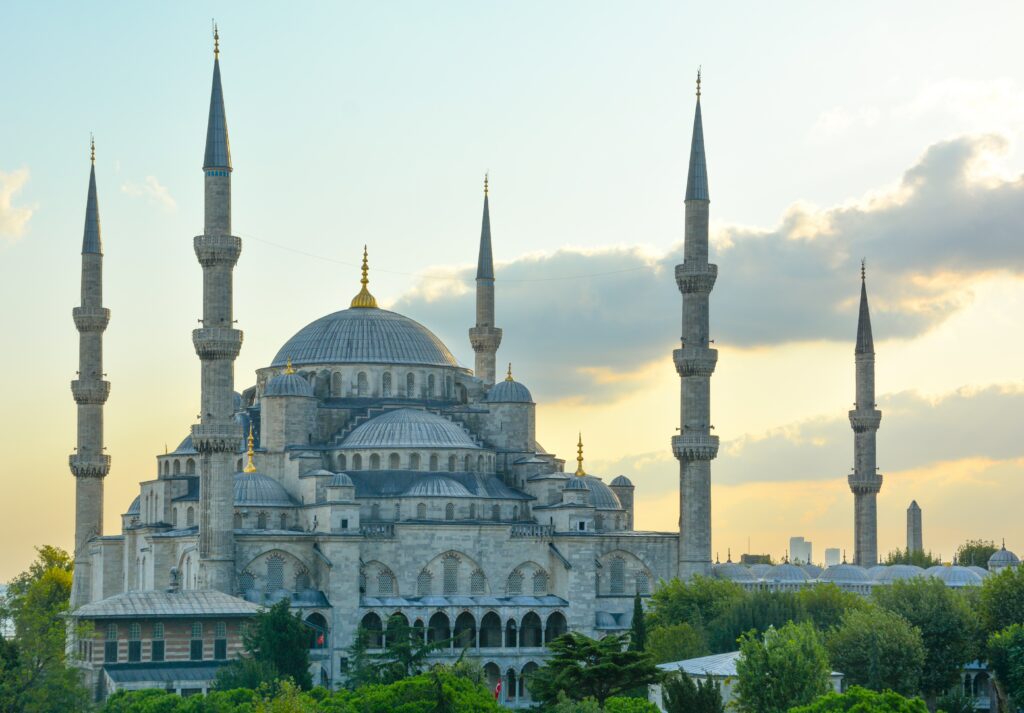 However, there is unrest in the empire. The Janissaries are out of control, rebellions arise, claiming thousands of innocent victims. Abdul – who is now in his sixties – dies, leaving the succession to Selim, his nephew, who imprisons Abdul’s first son Mustapha in “The Cage”, a palace that was designed to keep royal sons safe from any assassination plots. Mustapha is an unstable and violent man, the son of an equally unbalanced mother. His rule would be disastrous.

With Nakshidil and his mother (the Circassia Valide) by his side, Selim strives to modernize the Ottoman Empire, a move that is strongly opposed by the Janissaries who openly support Mustapha and who want him on the throne.

It will take all of Nakshidil’s nerves to stay alive amid violent uprisings, intrigues, and murder. Before her son, Mahmud, finally takes the throne, she must make sure to keep him (and herself) safe.

Revealing everything that happens in this book would spoil the story. Nakshidil’s courage and intelligence are inspiring, and her love for Selim is touching. Characters who first appeared in part 1 make a re-appearance in this book, and we are introduced to several new minor characters who also have an important role to play. 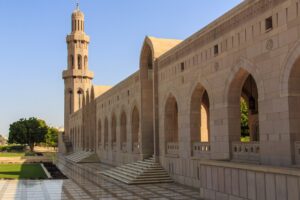 Before she became Josephine, she was called Marie-Josèphe Rose Tascher de la Pagerie. Everyone called her Rose. In book 1, not much of her travails were known, but now in book 2 we are also allowed a glimpse into Rose’s life. When she finally hears from Aimée, she learns about her cousin’s incredible journey, and she is relieved to hear that she is still alive. They begin a correspondence that will last throughout the story, for the rest of their lives.

Rose is in France during the French Revolution. Her husband, Alexandre de Beauharnais, is killed on the guillotine and she is imprisoned. Thanks to unexpected help she escapes the looming clutches of “Madame Guillotine”. She is lucky enough to survive the violence of the revolution which – as we know – gives Napoleon the opportunity to make a name for himself when he is asked to defend the Directory from rebelling royalists. He becomes the man of the hour. 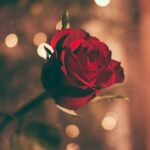 Napoleon meets Rose at a banquet and he is smitten. Did you know that it was Napoleon who changed Rose’s name to Josephine? He thought that Marie-Josèphe sounded too harsh and so she became Josephine. She is now a single mother of two and close to her forties when she marries Napoleon.

When he is gone on military campaigns he bombards her with passionate love letters, she is the love of his life. Josephine finds herself falling for this man’s amorous words and actions.

Alas, she can’t give him what he desperately needs for the French Empire, an heir. She is well past her forties now and unable to get pregnant. The country demands that the emperor sires a son. Napoleon annuls the marriage and marries Marie Louise of Austria.

What I didn’t know was that both Josephine and Napoleon were reluctant to do this. I had always thought that she had broken his heart and therefore he asked for a divorce. According to this book though, it is a different story. Granted that this is historical fiction and not a biography, I still would like to do more research about Josephine. She left many handwritten notes and letters with a close friend who published them – as per request – after Josephine’s death. I think I am going to read that biography soon. 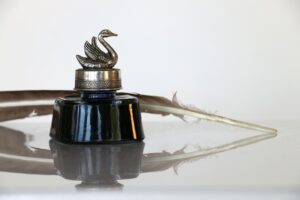 I shouldn’t linger on Napoleon’s story, we all know it too well. Nonetheless, there come a few more interesting details about Josephine’s relationship with this man. But well, if you have read any of my previous book reviews, you know that I don’t like to give spoilers. So, you will have to get the book to find out 🙂

Besides, now as we are all asked to remain inside, why not get a few books and read? It’s an excellent way to pass the time, and this series will leave you wanting more. As much as I try to find something negative to report, I can’t. I am glad I picked these books to read, and I recommend both part 1, The Stolen Girl, and part 2, The French Sultana, wholeheartedly.

If you’re up for an adventure, Josephine and Aimée’s stories may be just what you need 🙂