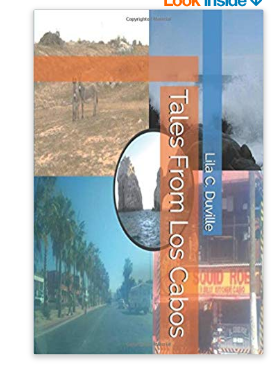 This has been on my mind for a few days, and today I thought I should just go ahead and share a first excerpt from my book Tales from Los Cabos, a collection of short stories about life in Los Cabos, Mexico. This book is based on my experiences in the beautiful Baja peninsula, a place I have called home for over fifteen years. In some of the stories I tried to re-create certain events, places, and conversations whereas other stories are pure fiction.

Life at the Club Information Desk is the first story I wrote for this book, back in the year 2001, when I didn’t know yet that one day I was going to publish this. It took me 18 years before I decided to release Tales from Los Cabos. Most of the stories were written in 2001 and 2002, but in 2018 – when I finally picked up the courage to go for it – I added a few more tales.

Since writing styles change over the years, you may or may not notice a difference between my old and new stories. This is normal. No author writes exactly how he or she wrote over ten years ago. Like all artists, we keep on creating and we develop our styles over the years.

I hope you enjoy this excerpt of the first short story in this book. Is this one fiction or based on true events? I’ll let you be the judge of that 😉

Life at the Club Information Desk

We were a nice team. We worked well together, and we had a lot of fun. We gossiped a lot and told each other everything … well, nearly.We were six girls, and we all came from different places. If there were ever perfect candidates for an ad for racial tolerance, then we would be it. First, there was Serena, the only Mexican girl in our team. She came from Mexico City, but now her parents lived in Tijuana. Serena was pretty, sexy, and she really knew how to work her stuff. She was spontaneous and loved to party. Sometimes it seemed to me as if her whole life revolved around parties to the extent that she scheduled her days around them. 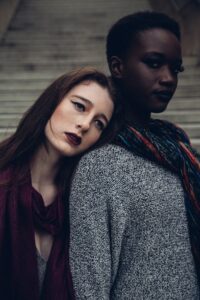 Then there was Naomi from St. Lucia. Tall, dark-skinned, and absolutely stunning with long, shapely legs, shoulder-length dreadlocks, and large, black eyes. When I first met her, she seemed stern and arrogant to me. She did not warm to me right away either, but when I got to know her better I discovered that she was very nice. We overcame our initial dislike and began a genuine friendship that lasted for years.

There were two Canadian girls: Nina from Montreal and Ciara from Toronto. Nina seemed like a quiet girl with her long, brown cherub curls and her slightly slanted, amber eyes, but underneath that angel face smoldered a little devil, ready to leap out at any time. Ciara was beautiful with her freckles and her eyes that were so bright blue that people often thought she was wearing contacts. Her eyes were mesmerizing, captivating anyone who looked into them. Ciara was always in a good mood. She was friendly and kind-hearted, but she could also be stubborn. When she was angry, none of us liked to be on the receiving end of the gun fire.

And of course, how could I forget Diane from San Jose, California, or “Ding Dong” as we sometimes called her. Diane was a clown, whether or not she intended to be. Just the way she told us stories and made funny faces always made us fall on the floor with laughter. She was simply hilarious.

So, this was us in a nutshell. We could have been an ad for United Colors of Benetton. Diane and I with our blond hair, Nina and Ciara with darker skin and brown hair, Serena who was Mexican, and Naomi who looked a lot like her famous namesake who walked the catwalk. We were not only different in appearance, but also in personality.

Ricardo, our boss, was the only man on the team. No, do not say “poor guy.” He enjoyed being with his pretty women and listening to our stories about men, clothes, periods, and all the things women talk about. He often gave us advice even though we didn’t ask for it. He was the king of the hill. 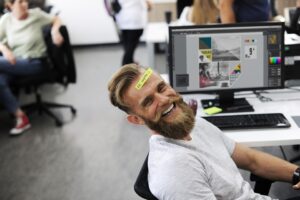 We worked for the club section in an exclusive hotel, and we sent hotel guests to a presentation to view the facilities. Or in more familiar terms: timeshare. We earned commissions, and Ricardo got commissions from all of us. (That’s why we called him our pimp.) We were all single except for Ciara. She had been married for a few years, and she had a beautiful little daughter. Since Ciara was the married one, she usually ended up listening to our stories about horrible dates, cheating boyfriends, nights on the town, and so on, and she once told us that she was glad she was married and that she didn’t have to survive the dating scene anymore.

Naomi arrived at work, plopped down on the chair and put her elegant bag on her lap. She looked annoyed.

“What happened to you, little girl?” Ciara asked.

Naomi sighed and said, “I don’t understand Carlos anymore. He used to really like me and now he doesn’t even notice me anymore!”

Carlos was her roommate. She had dated him before, and there had been an intense attraction between them. Eventually they just became friends, and now he was her roommate. They shared the same bed, too, a queen size. I guess it seemed funny the way their relationship had evolved.

“I sleep in my panties and nothing else, right next to him. I even cuddle up to him and he does nothing; he doesn’t move. He just tells me goodnight and goes to sleep. Can you believe it?”

No, we could not.

“He doesn’t even get a hard on?” Ciara asked incredulous. 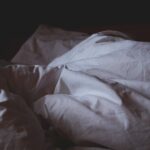 “No, well, two nights ago I thought he had one, but he did nothing about it.”

Ricardo, who stood by the desk arranging some papers, shook his head and laughed.

“And I think I have a nice body, right?” Naomi said.

“Oh, come on, Ricardo, we’ve had sex before. He can’t suddenly be turned off.”

“But I don’t understand,” he said, “Are you not supposed to be roommates?”

“Yes, but we sleep in the same bed and I just can’t get it into my head that he doesn’t even try anything.”

Diane got up from her chair and said, “Maybe he really likes you and is just … well … oh no, that doesn’t make sense. Don’t listen to me.”

“You may be right though,” I agreed.

Serena took Diane’s seat and said, “Naomi, you are very beautiful, and you have a nice body. Even if Carlos doesn’t feel anything for you anymore, with you sleeping naked next to him, how can he not do anything? I mean, he’s a man after all.”

“Men tend to keep their brains down below most of the time.”

“Are you generalizing again? Not all men are the same,” Ricardo argued.

“I can see that with Carlos,” Naomi remarked drily.

“But I don’t understand it, I think he still likes you,” Diane said.

“And what do you want, Naomi?” Ricardo asked. “Do you still like him?”

“I don’t know. It’s just that him sleeping next to me and not even moving a finger is driving me crazy.”

“Perhaps you can’t take the rejection,” he observed.

“Oh yes, that is exactly like you. You can’t take no for an answer.”

She smiled and said, “That’s why I’m your best worker.” He laughed and shook his head amused. “Well, I am,” she said.

“Yes, you are,” he concurred with a grin and walked over to the reception desk to talk to the couple that had just arrived. Diane made a phone call home to California, and Ciara and Naomi continued analyzing Carlos’s mystifying behavior, but I didn’t pay much attention.

My mind wandered off to Hugo, whom I had started dating a month ago and who occupied my mind a lot. Probably too much, actually. 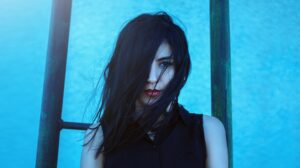 When I first met him, I would never have thought that one day we would end up together because we had the biggest argument I could have imagined for two people who didn’t know each other.

We fought about my bag that had been locked in a room at a club that nobody had the key to open. He was one of the bouncers at said club, and when he told me to go home and come back the next day, I refused. I wasn’t going to leave my purse with my ID, credit cards, and money in a place where I didn’t know anyone. So we got into a huge argument. In the end, he caved and got someone to get the key and return my bag to me. The second time we met, a few days later, he joked about it and we started talking. That was how it began. We got to know each other, and we never fought again, but we often laughed about the way we’d met.

We seemed perfect for each other. We got on so well, talked about everything, and I felt so good when I was with him. Butterflies invaded my stomach and fluttered all the way to my toes. We couldn’t keep our hands of each other.  I got the impression that he trusted me because he shared so much about himself. He talked often about his daughters who were living in La Paz with his ex-wife.  I liked listening to him, and I was happy with the way our relationship was going. I really thought he cared for me. But then an unexpected confession had changed everything.

“Hey, there you are,” Diana said when Nina finally arrived. I was grateful for the distraction, not wanting to dwell on what Hugo had told me.

“That’s ok, we’re not busy anyway,” Ricardo said. He’d just come back from his chat with the newly arrived couple.

He gave her an apologetic smile as if it were his fault that the hotel had not secured more arrivals for that day.

“No, wait, there may be overflow.”

“With eight check-ins? I don’t think so.”

“I have a feeling that they are all going to arrive at the same time.”

Diane sighed and put her bag back under the desk. Ricardo returned to the couple and then he walked them to the sofa. Ciara took her pitch book and maps and took over for Ricardo, greeting the couple with her friendly, reassuring smile as she sat across from them. They were the only people there, and after twenty minutes Diane picked up her bag again and said, “I’m sorry, Ricardo, but I don’t think there is going to be any overflow.”

He shrugged his shoulders and said, “I thought they would all come together. I guess I was wrong.”

Diane kissed us each on the cheek in turn and left with a “Bye, chicas!”

I hope you enjoyed this small excerpt. 🙂 To find out Helena’s secret and what else life has in store for the girls at the club information desk, get your copy of Tales from Los Cabos at Amazon. It’s available in paperback and e-book version.

Signing off, and very nervous about sharing this 😉 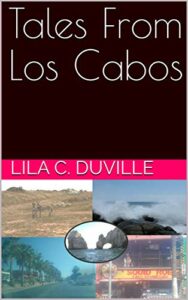