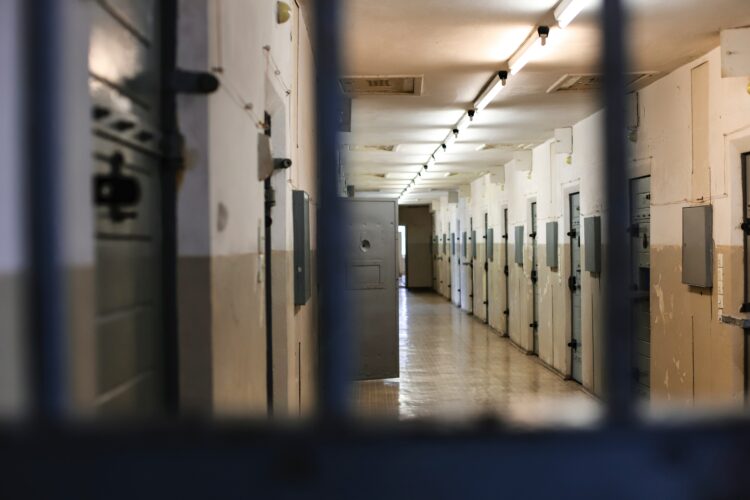 As you already know from my previous articles, in February 2021 I started writing to inmates, and I am now a pen pal to 6 people that are incarcerated in different states in the US. Like I mentioned in Writing to an Inmate it has opened up a whole new world to me. It has changed my world, and I often think about what my pen pals are going through, if a lifetime punishment really provides closure for the victim’s family. In conclusion, I wonder why the question of rehabilitation or punishment still remains a question. 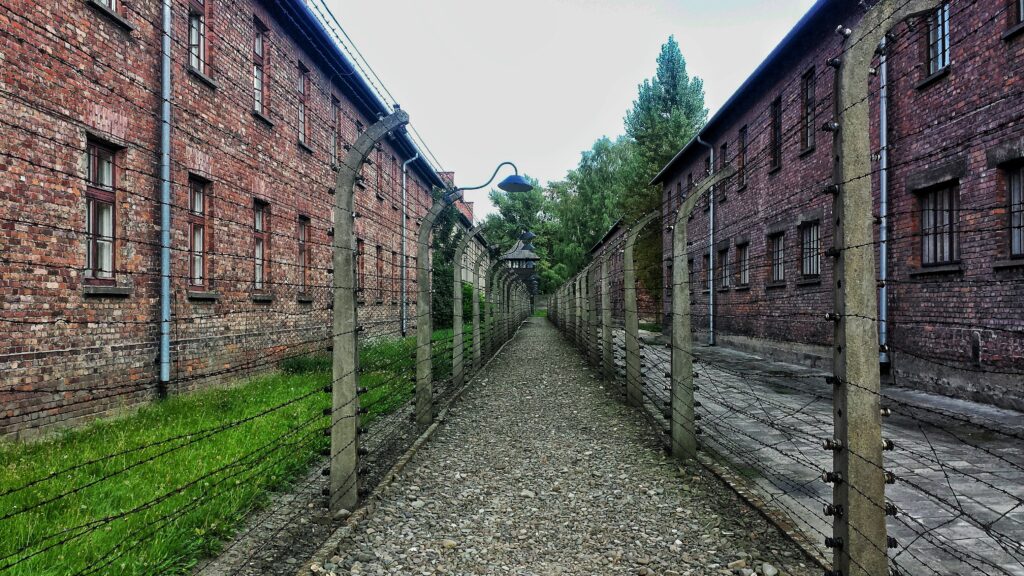 Would you choose an eye for an eye, inflict suffering to get back or would you prefer to see rehabilitation and find a way to forgiveness?

“Everyone makes mistakes. If you can’t forgive others, don’t expect others to forgive you” (source: LiveLifeHappy)

An Eye for an Eye or Fair Seeing Glasses?

Before you wag your finger at me and berate me for sounding naïve, I want to ask you to first take a good look at the justice system and see how it has “taken care” of people, guilty, innocent, or partially guilty.

Although it is common knowledge that “justice” has many flaws, I don’t think it really sinks in. It didn’t with me until I started writing to people who are locked up for what they did, until I began to know them, their cases, their lives, and even their families (and how their parents, aunts, uncles, spouses, etc suffer through this). 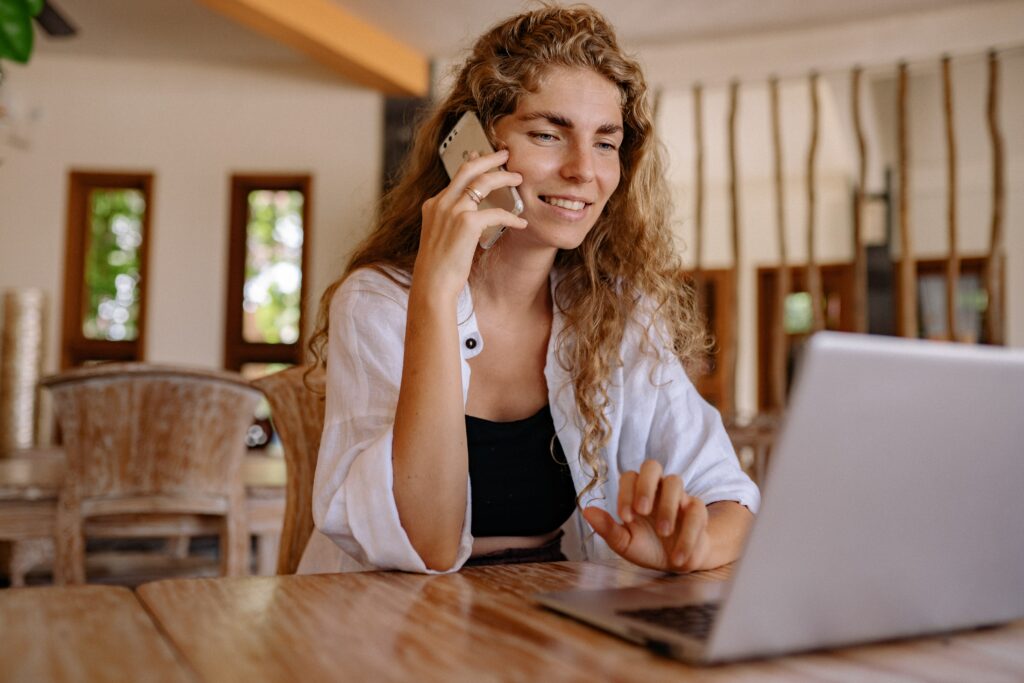 I care for them, I worry about them. After each phone call I realize the freedom I have and I appreciate it so much more and I think of them and the limitations in their lives, every single day, week after week, month after month, year after year, decade after decade. It is no life, and that, dear reader, is the punishment, having no life but a mere, pointless existence. 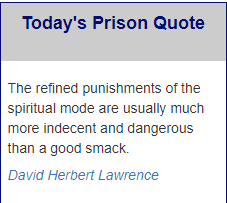 Sure, there are rehabilitation and study programs, some prisons offer work opportunities. Nonetheless, does it really matter when you’re locked up for half or even your whole life?

Don’t get me wrong. I’m all for rehabilitation and I’m definitely for study programs and apprenticeships. Those initiatives provide opportunities for the time when they are released, and if prisons and courts displayed a strong focus on that (and fair trials), I wouldn’t be writing this article, but so far all I’ve seen is a strong focus on punishment, an eye for an eye.

Cast the First Stone, Then What Does That Make You?

“Punish him, throw the book at him, take his life to make up for the life he took!”

If our courts and we as a society want an eye for an eye for wrongs done to us, then we are no better than the people we are locking up. 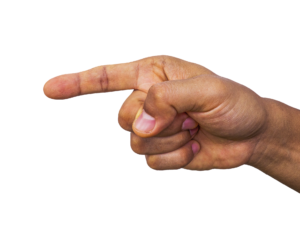 “Yes, but wait until you become the victim of a crime, then you’ll sing a different tune,” I can hear some tell me. Well, I was a victim of crime, not once, but several times. I can’t go into detail, but believe me, I was hurt, I felt rage and pain and sorrow. I was broken and wanted to lash out. Oh yes, of course, it’s normal, isn’t it? In the end, though, I didn’t want the perpetrators of the crimes that were committed against me to have a lifetime of suffering.

What difference would it have made? It would never have brought back what I had lost. What was lost remains lost in this lifetime.

All I wanted was for them to take responsibility and get a just consequence, but it would never occur to me to take their life or lock them up forever. 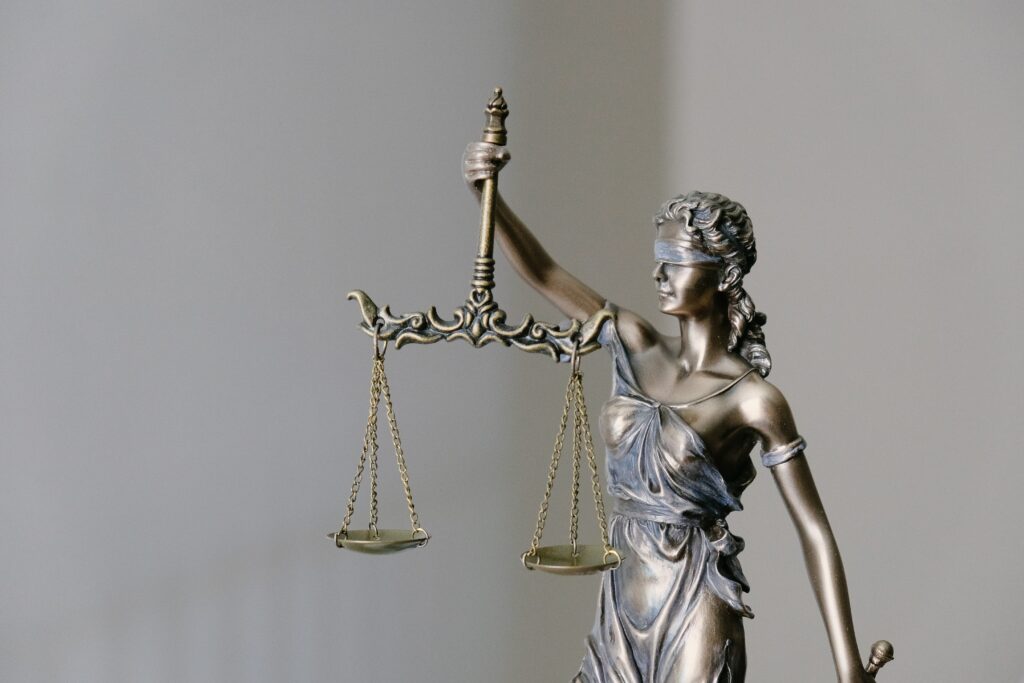 I am not against punishment. I believe that one should face consequences for what one did, but I oppose abuse of the courts, abuse of power, the feelings of “righteous authority” that some people adopt as soon as they put on a uniform, convicting innocent people, and over-convictions.

Sentencing someone to 30 or 35 years for possession of marijuana, accusing someone of murder when it was manslaughter (which carries a huge difference in the sentence), sending someone to death row for simply being present at a murder without ever having killed anyone and not even having any knowledge of the killing that was about to take place. There are many more examples, too many to list.

Justice initiative non-profit groups are so overwhelmed with cases of wrongfully convicted people that they have to turn down petitions for help. They can’t deal with the waves of appeals. And the stubborn bureaucracy of the courts is no help at all. 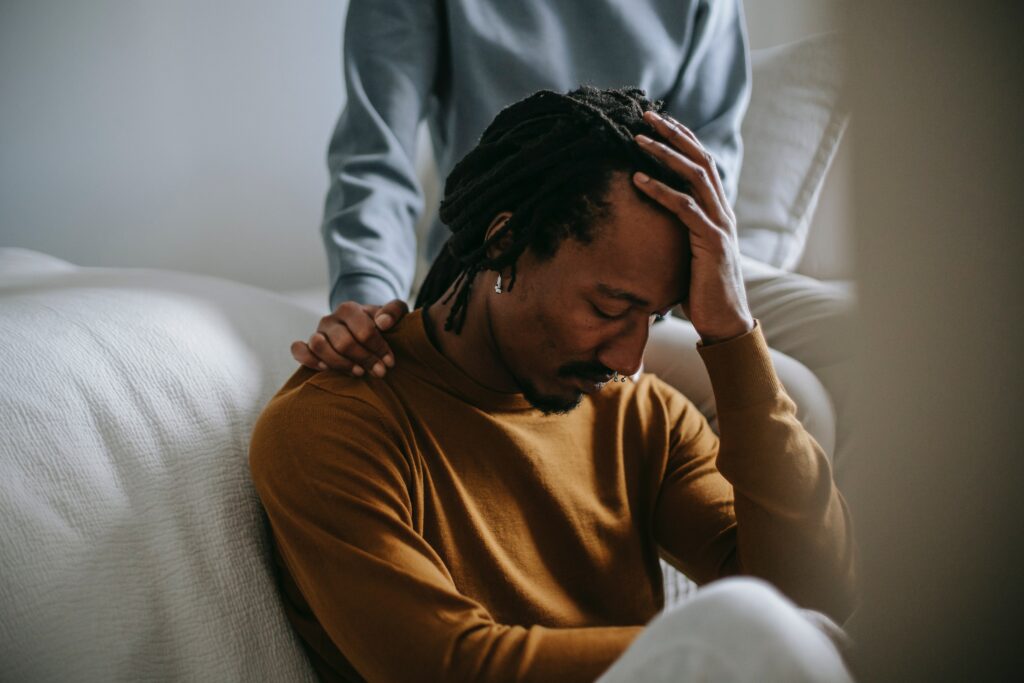 In January of this year I had no knowledge of all this. Ever since February 2021 my eyes have been opened wide and are still opening. I can no longer remain quiet.

There are people who show no remorse, serial killers, cartel leaders, and drug gang members who keep on taking lives (but even the latter can be redeemable and some have shown that they are), basically people who should definitely be locked up.

At the same time there are also tens of thousands of people who should not be locked up for the rest of their lives, people who made terrible mistakes in their adolescence or early twenties and who are paying for it with their lives. 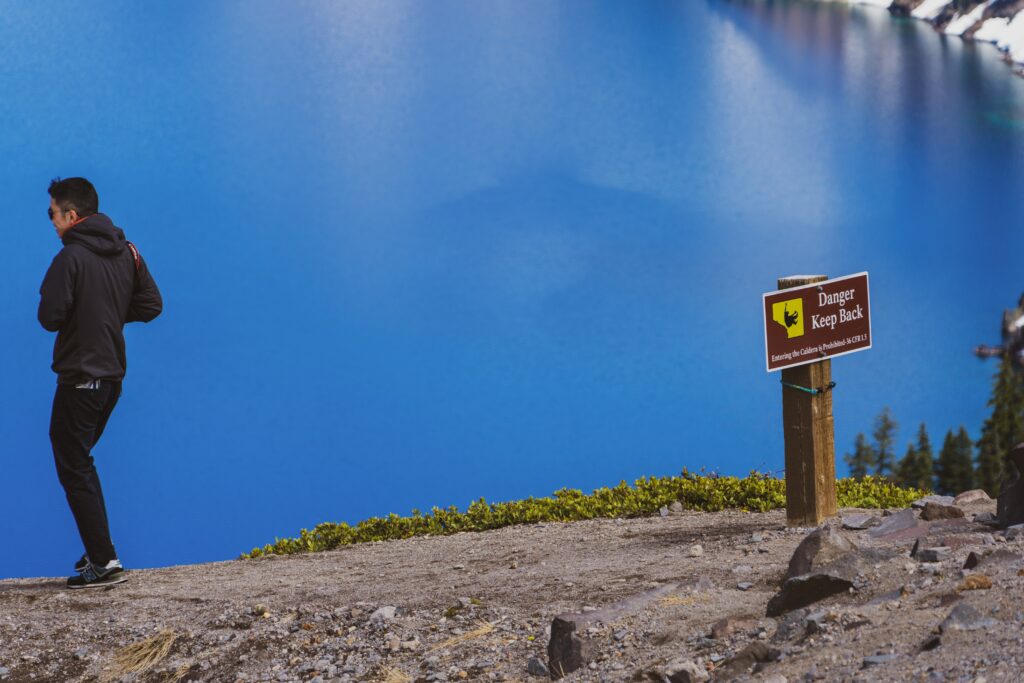 What were you like in your adolescence? Were you already an upstanding citizen when you just turned 18? I wasn’t. I did some idiotic things as a teenager. None of it carried a prison sentence, but that doesn’t mean that I’m proud of it.

We have all done deeds that we’d like to forget, that we are ashamed of. Don’t you think that many of those people who are incarcerated may feel the same about what they did? If we deserve second chances, then why don’t they? If we are redeemable, then why can’t they be? If we can grow, why do we think that they can’t and should remain punished every single day of their lives?

As soon as they are carted off to prison, society tends to forget one important thing: inmates are human beings.

Life in prison is not like in the movies. It’s not as glamorous and adventurous as Orange is the New Black or any other prison series or movie would like you to believe. They spend years living in a box, and they often have to spend hours in their cell every single day. Lockdowns happen frequently, rules may change, more restrictions may apply, and so on. 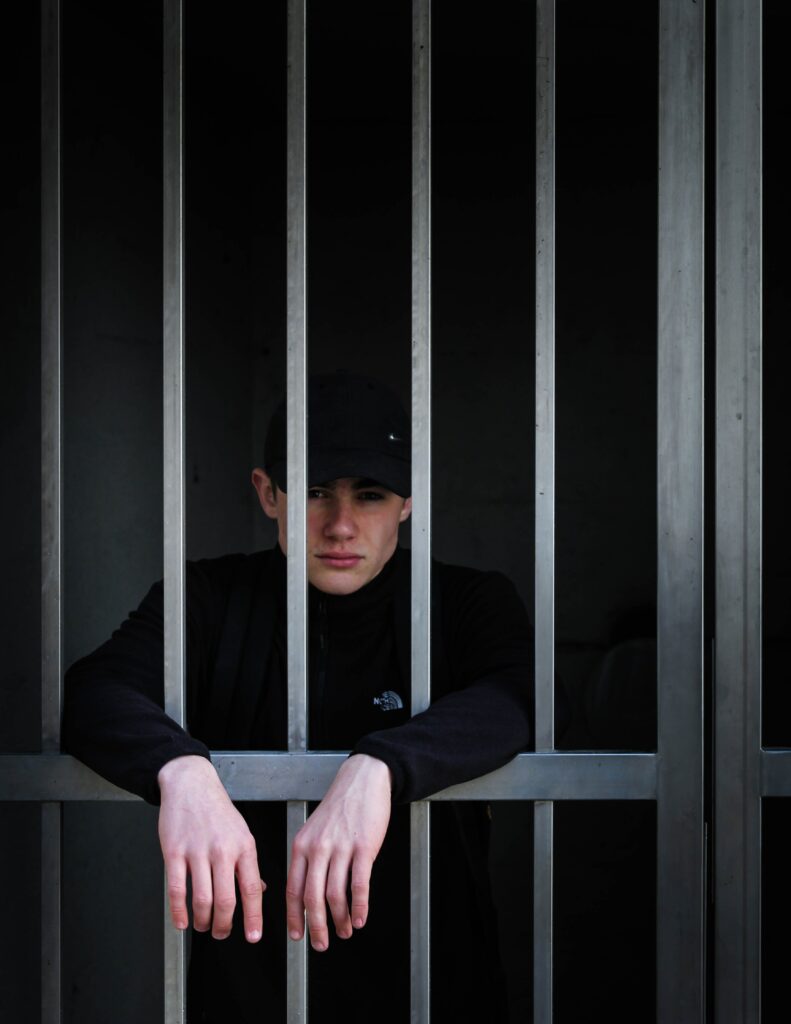 Although I realize that this is a difficult topic that may likely spark some anger, I want to stress that I am speaking on behalf of innocent and wrongfully convicted people. Someone who is wrongfully convicted may still be guilty, but he or she ends up with excessive punishment, and that is unlawful and unethical, thus undeserved.

Let’s take that example of manslaughter and murder. Murder 1 can get you a life sentence, but manslaughter carries around 10 to 15 years. You see? Over-convictions are an abuse of the court and prosecution who often seem to prioritize winning a case over obtaining justice for the victim (and the perpetrator).

The men I write to are nice men, we often talk, share stories, I try to help them with what I can, and sometimes they give me advice like a friend would do. I care about them, and I think that they deserve a second chance and/or a fair sentence and not the excessive punishment that some of them carry. These are only 6 men, but – as I said – there are tens of thousands more in similar situations.

The good news is that many justice initiative groups and innocence projects are rising, but it still isn’t enough. They are all overwhelmed. Laws are being changed, such as the law of parties that convicts people in Texas to death row for being present at a murder without ever killing someone. 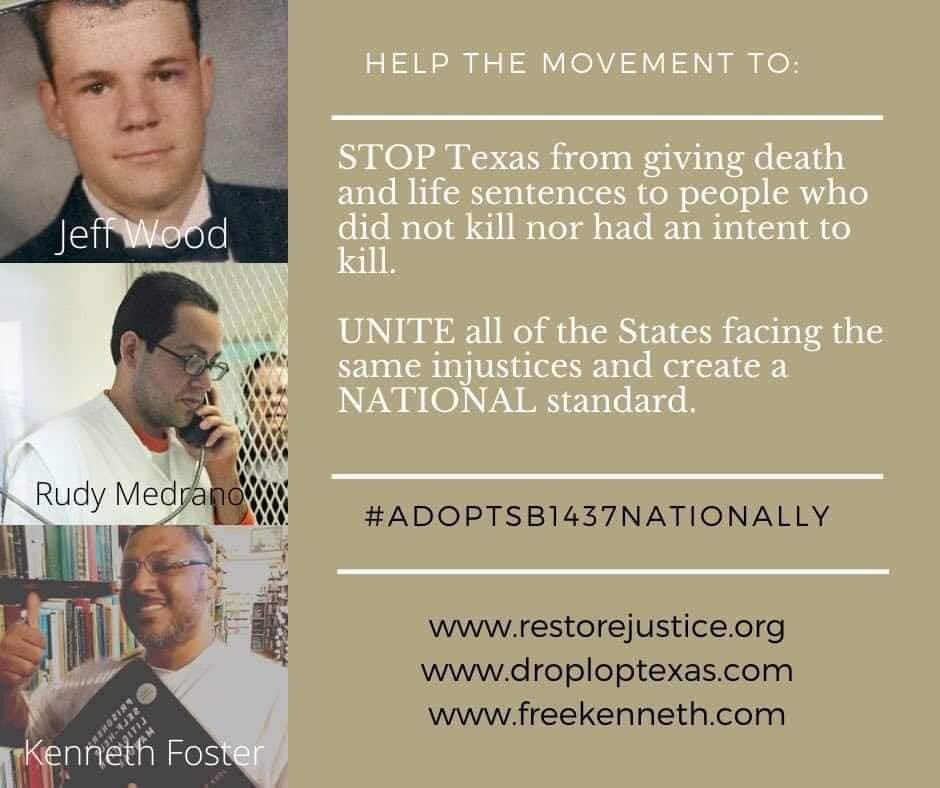 Recently, the Texas House of Representatives passed a bill to limit the death penalty eligibility for defendants who did not kill; it still has to pass through the Senate.

There is progress, slowly but surely. It seems slow to me, but the progress is on its way, and I hope that the wheels of justice will get oiled soon to work faster, more efficiently, and – more importantly – to finally be truly just.