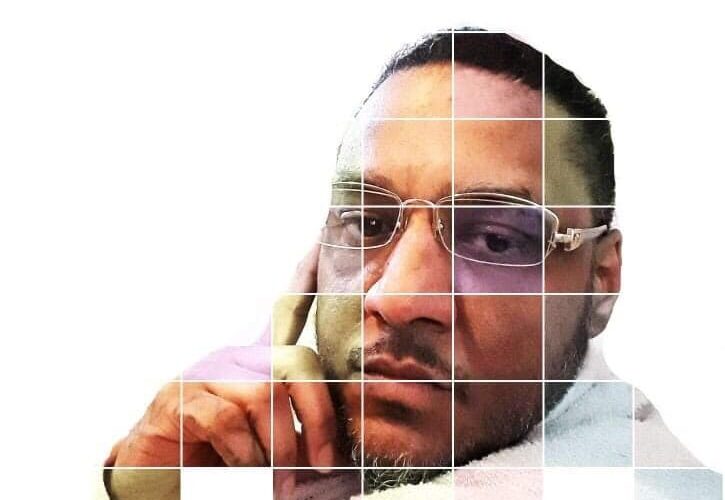 I have to start by saying that the title of this article doesn’t do Kenneth’s work enough justice. His book is so much more than poetry. This collection of poems is filled with raw honesty, evoking vivid images of what Kenneth (and others) go through, and it is bound to leave a lasting impression.

These poems are more than just to be enjoyed, they are a message, a cry for help, a wake up call to what is happening right under our noses. 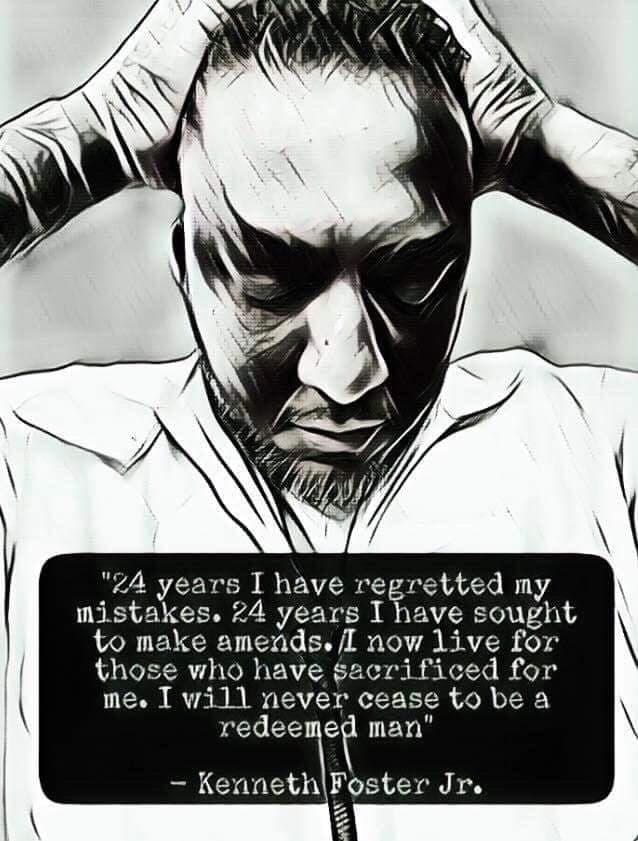 A Voice from the Killing Machine – A Trilogy of Poems

At the beginning of the book, Kenneth explains that these are three separate works of poetry that were written at different points in his life.

The first part of the book is called Tribulation’s Eyes and it compiles the first poems Kenneth wrote when he was on death row.

Part 2 is called Texas Tears. This was written when his appeals were denied and the date of execution was looming closer. This was the part where I paused many times, researched the names of the people he honored through his writing, and just thought about the injustice and errors of it all.

08-30-07 is the title of part 3. Those poems were written to celebrate his departure from death row. In 2007, only hours away from his execution, the governor of Texas commuted the death sentence to 40 years to life imprisonment.

Update: Kenneth’s birthday (22 October) is coming up, and to celebrate it Rise Kenneth Foster on Facebook has organized a raffle! 🙂 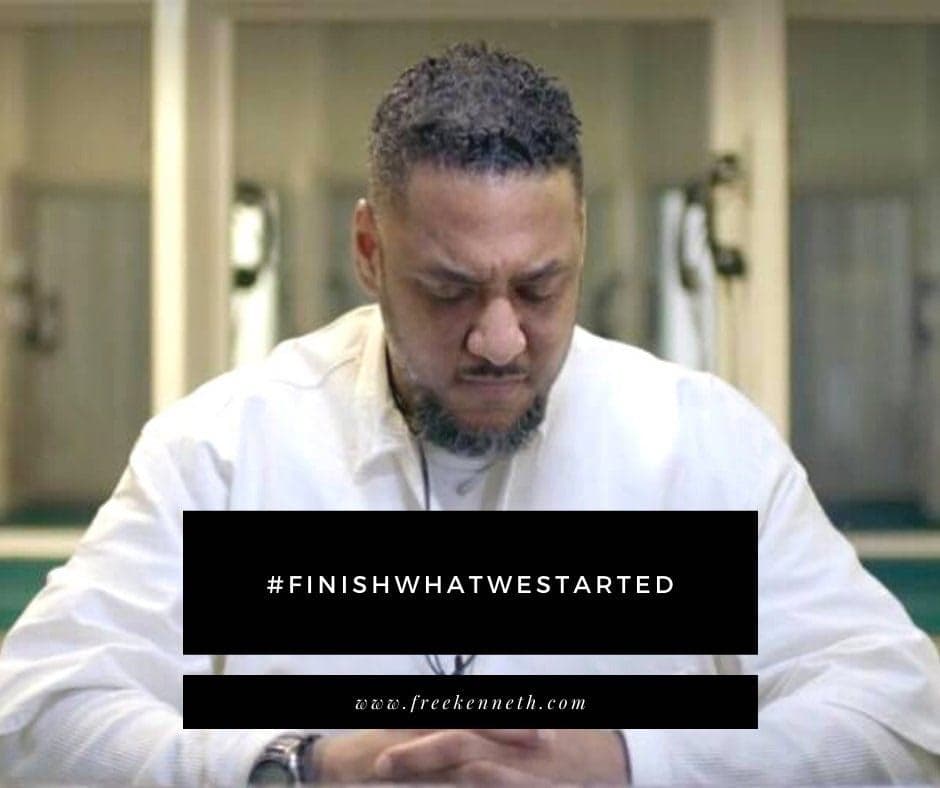 According to Wikipedia, he will be eligible for parole in 2036 which seems very late, considering that he only drove a car and was sentenced to die because of the law of parties which condemned him due to his presence at the murder – of which he had no prior knowledge.

To learn more about his case, please see my blog post Books by Inmates (the article will open in a new window, so you don’t lose this one 🙂 ) You can also watch an episode about his case in the Netflix series I am a Killer, season 1 episode 2, called “Killer in the Eyes of the Law“.

Note: the law of parties condemned a man or woman to the death penalty for being present at a murder scene even without committing the murder or having prior knowledge about it. Fortunately, a few months ago the Senate passed a bill to limit death penalty eligibility for defendants who do not kill. Nonetheless, as far as I know, Jeff Wood and Rudy Medrano who were also convicted to death in the law of parties are still on death row … 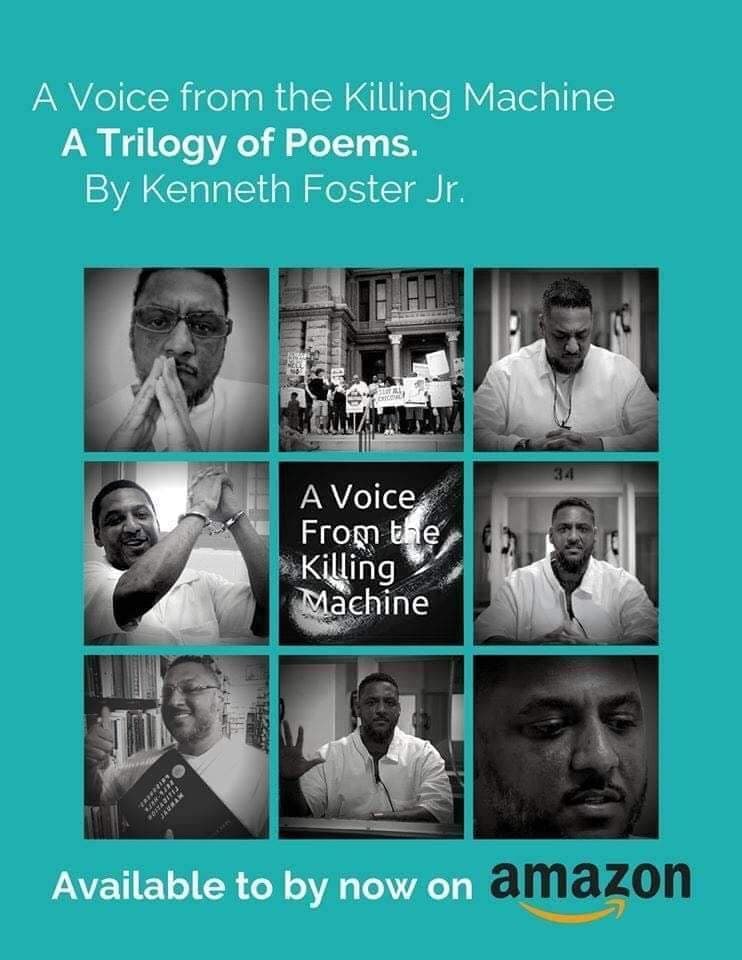 Besides the poems, A Voice from the Killing Machine also features a few essays by Kenneth, an interview with his daughter, Nydesha Foster, who grew up with her father being on death row, and letters that Nydesha sent to her father.

When you read the interview and her letters you’ll quickly see the strength in this remarkable girl who had to grow up fast, unable to touch her father, always knowing that one day he could be taken away from her. Imagine having this hanging over your head, ever since you were one year old …

“And if I could just hug

Kenneth’s sentence was commuted to life imprisonment, but the struggle is not over.

Kenneth is a talented poet and writer. This collection of poetry will take you on his journey through tribulation, the threat of death hanging over him, but at the same time you will also be shown the light he finds amidst all this darkness. The poems cannot leave you unaffected, and they frequently made me pause.

I often put the book down to let a poem and especially its background sink in. I say background and not meaning, because these poems have more than just a meaning. These poems paint vivid pictures, paying homage to the power of faith, courage in extreme adversity, redemption, love, and activism.

His words are not only written to send a message, but to challenge the reader to think outside the box, to look at what really happens, to see that texacutions are not about justice (and that doesn’t only apply to Texas, as we well know).

Kenneth is an activist, loud and clear; and the struggle is not over.

I urge you to read his book and follow Kenneth’s journey, his work that calls strong attention to the prison system and its flaws.

I will end this book review with Kenneth’s words:

“I extend these works to you hoping that you will not only see my individuality, but my transformation and also my desire to leave my own positive mark on the world. And I push and push until I get there. Until then, through your eyes, ears, and heart is where I feel it. Thank you!!

In Struggle and Love,